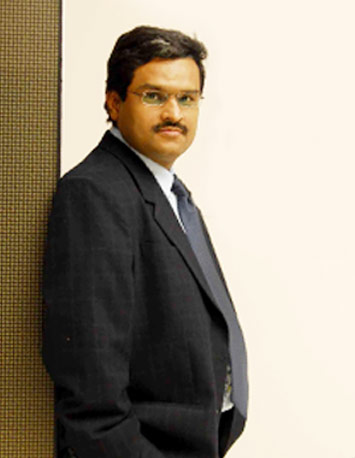 At a time when the Indian financial market infrastructure needed solutions for global integration and capacity building, along with bridging the rural-urban divide, it was the path-breaking vision of Jignesh Shah that went beyond the traditional market structure to set up world-class trading systems in India.

His group was the only Indian company to have established electronic silk and spice routes across continents right from Africa to Middle-East, to South-East Asia.

Mr. Jignesh Shah is known as the ‘Innovator of Modern Financial Markets’ for his role in creating a successful Public-Private Partnership (PPP) model to build world-class financial institutions. He has created modern IP-centric financial markets, which have been instrumental in changing the contours of exchange trading in India and emerging economies from Africa to Asia.

Producers and consumers of commodities use the futures markets to protect against adverse commodity prices movement.

The success of MCX has inspired several countries and Government entities to partner with the 63 moons Group and promote various global exchanges. These achievements have seen him feature among the 'Top 30 Global Innovators in e-finance' by Institutional Investor in 2008. He has also been listed among the 'Dominant Financial & Futures Industry Leaders for 2008' by Futures Industry Association (FIA), Washington.

Mr. Jignesh Shah’s contributions have been recognized through various awards including the ‘Indian Express Innovation Award’ presented by the then President, Late Dr. A. P. J. Abdul Kalam. He is a recipient of the ‘Ernst & Young Entrepreneur of the Year’ award for business transformation. He has been recognized by CLSA as one of the ‘Top 20 Indians’ who can change the face of world business and has been inducted in their Hall of Fame. He has been honoured with the ‘US-India Businessman of the Year’ award and has been chosen by the World Economic Forum (WEF), Geneva, as a ‘Young Global Leader’. He has also been presented with the ‘Global Social Entrepreneur’ award by Rotary International. Also, Mr. Shah figured in the Forbes list of richest Indians until 2010.

Mr. Jignesh Shah is deeply passionate about the role of markets in Corporate Social Responsibility (CSR) activities and has launched initiatives such as ‘Gramin Suvidha Kendra’ in association with India Post and ‘Pragati’ with Rotary International to empower underprivileged communities with education and training within the Group.